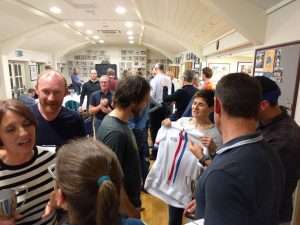 On Friday 1st December the club got together at the Henley Cricket Club to celebrate the years successes, and also to confirm the committee for next year.

Stephen Butcher (TT)- after re-vitalising the club TT’s this year, with record attendance, it required 3 people to replace him!

Martin Merryweather (Road Race Organiser) – Martin arranged and ran the National Junior Road Races this year, one of the biggest events held in the area!

Paul Elcock (ORRL Rep) – after a stellar year racing (more on that later) Paul is moving over to local team ZeroBC.

New new committee was vote in un-opposed. There are still some vacancies, and if you’re interested in supporting the club in one of these roles, please contact chairman Blackett.

With the formalities done, it was time to start handing out the awards, as well as brief reports on all areas of the club’s activities. 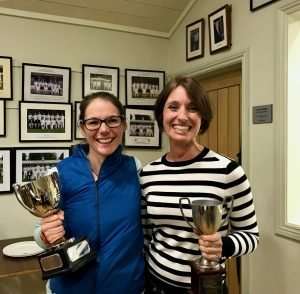 Lydia Brookes and Lisa Johnson with their trophies

Winner – Lisa Johnson, for outstanding endurance and willpower during teh ride over the length of Italy, including having to be lifted onto her bike after crashing!

Winner – Lydia Brookes, for outstanding performances in the Central and Wessex league, including a race win at the Welwyn Wheelers event

Winner – John Rayner, for consistent track performances in LVRC all year. Special mention to Ryan Davies (more on that later!) 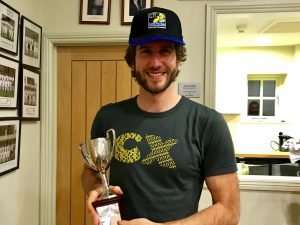 Paul Elcock with one of his many awards from the evening

Winner – Paul Elcock, for strong performances across teh year, including a win in the North Wales KOM Race, and also being top points scorer for GS Henley in the ORRL league.

Winner – Paul Elcock – for exceptional cross-discipline efforts (Road, TT and Cyclocross), and also for huge amounts of work behind the scenes helping run the ORRL league, sorting out ascpets of club kit, nad being an active committee member 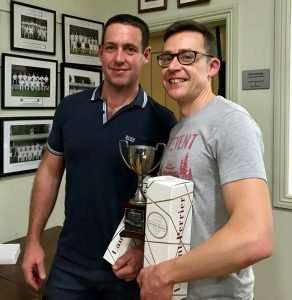 Matt Hayden and Martin Cairns with the Club TT Awards 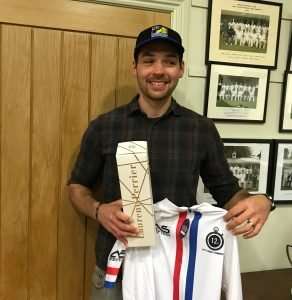 Open TT Award – Pete Harrison, for taking the National 12-Hour Championship, with a fairly stunning distance of over 312km. Pete was also presented with his National Jersey, as the event had taken about 3 weeks to confirm final distances and results. 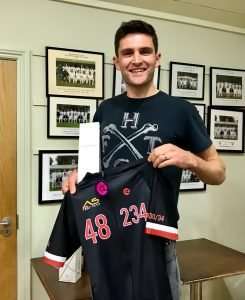 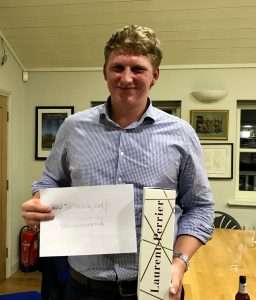 We then had a fascinating talk from Sam Hayes, who this year rode the length of the UK coastline, visiting every lighthouse! An amazing feat of endurance, with some real high’s and lows. He did it all in support of C.A.L.M (Campaign Against Living Miserably), and if you’d like to help in his charity-raising efforts you can donate here